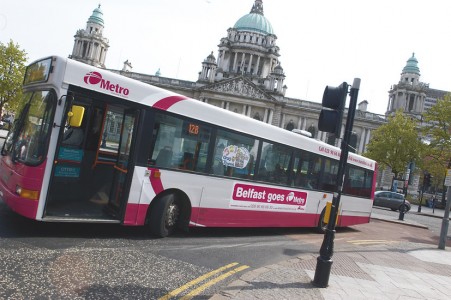 Transport is a massive issue for many of the young people from the Youth Forum. Issues such as rural transport, bus and train routes, accessibility, getting home safely, cost of transport… are all important for young people.

The Youth Forum has been working with Translink in establishing the Translink Youth Forum and have recently also worked with UKYP and BYC on this important issue.

Next steps in this campaign including looking at how these issue are addressed across the Island of Ireland; in Britain, Europe and even further afield so that we can learn from best practice.

Transport continues to be a key issue for young people. It regularly garners lots of support in our youth surveys; campaigns and ‘Have Your Say Days’.
Lots of issues come up such as rural transport (i.e. for those who live in the countryside); prices of fares; cross community mobility (i.e. the infrastructure often segregates us from other people from other communities); the lack of safe affordable alternatives such as adequate cycle lanes; the railway infrastructure and lack of linkage to our airports; restrictions with bus passes for supporting extra curricular activity, volunteering and for those who require a bus to school but don’t meet the criterion.
We are calling for government to make public transport cheaper, better and accessible for all including:
–       Free transport for all under 16s
–       Improved rural transport
We are working with Translink in facilitating a ‘Translink Youth Forum’. This forum was set up to allow young people to discuss transport related issues and bring about change. For more information click link: Translink Youth Forum
If you are interested in getting involved in this campaign please contact us via info@niyf.org
Top ↑