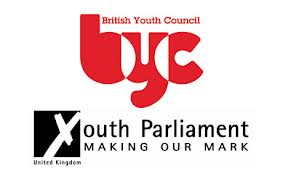 This year’s Youth Parliament election has seen 11,344 young people aged 11 to 18 cast their vote across Northern Ireland, surpassing any previously established record and taking their opportunity to vote and decide who will represent them and campaign on the issues they feel are important.

17 Members of Youth Parliament (9 girls and 8 boys) will champion the voices of young people engaging with every young person in their constituency, shape UK Youth Parliament policy and campaigns, meet regularly with other youth councils and forums in their area and encourage young people to take part in UK Youth Parliament’s UK-wide consultation ‘Make Your Mark’ later this year, which saw 37,053 from across Northern Ireland take part last year. They will also meet fellow MYPs from across the UK in the Annual Sitting in England later in the year. The initiative is supported by Westminster and Stormont politicians and a reception will be held for the new representatives in the City Hall later this month.

Young people wanting to vote in the Fermanagh and South Tyrone election, which was postponed, can still take part online until 6th March** by visiting: http://www.youthvoteni.com

Feargal Murphy, British Youth Council Trustee from Northern Ireland said: “These results show the commitment and dedication of both the young people and youth workers campaigning in NI. The dedicated efforts of various organisations such as the NIYF, different schools and the media across the nation helped us achieve this momentous result. We look forward to working with our partners and the young people in NI to build on these results and continue the process of making real and substantial change.”

Matthew Carson, Chair of the Northern Ireland Youth Forum said: “I’m delighted by the record turnout of these elections in Northern Ireland which serves to emphasise the growing passion young people in our part of the world have for youth democracy and participation. I’d like to take this opportunity to congratulate all candidates for their hard work; both successful and unsuccessful, and I look forward to working with you all over the coming weeks and months”