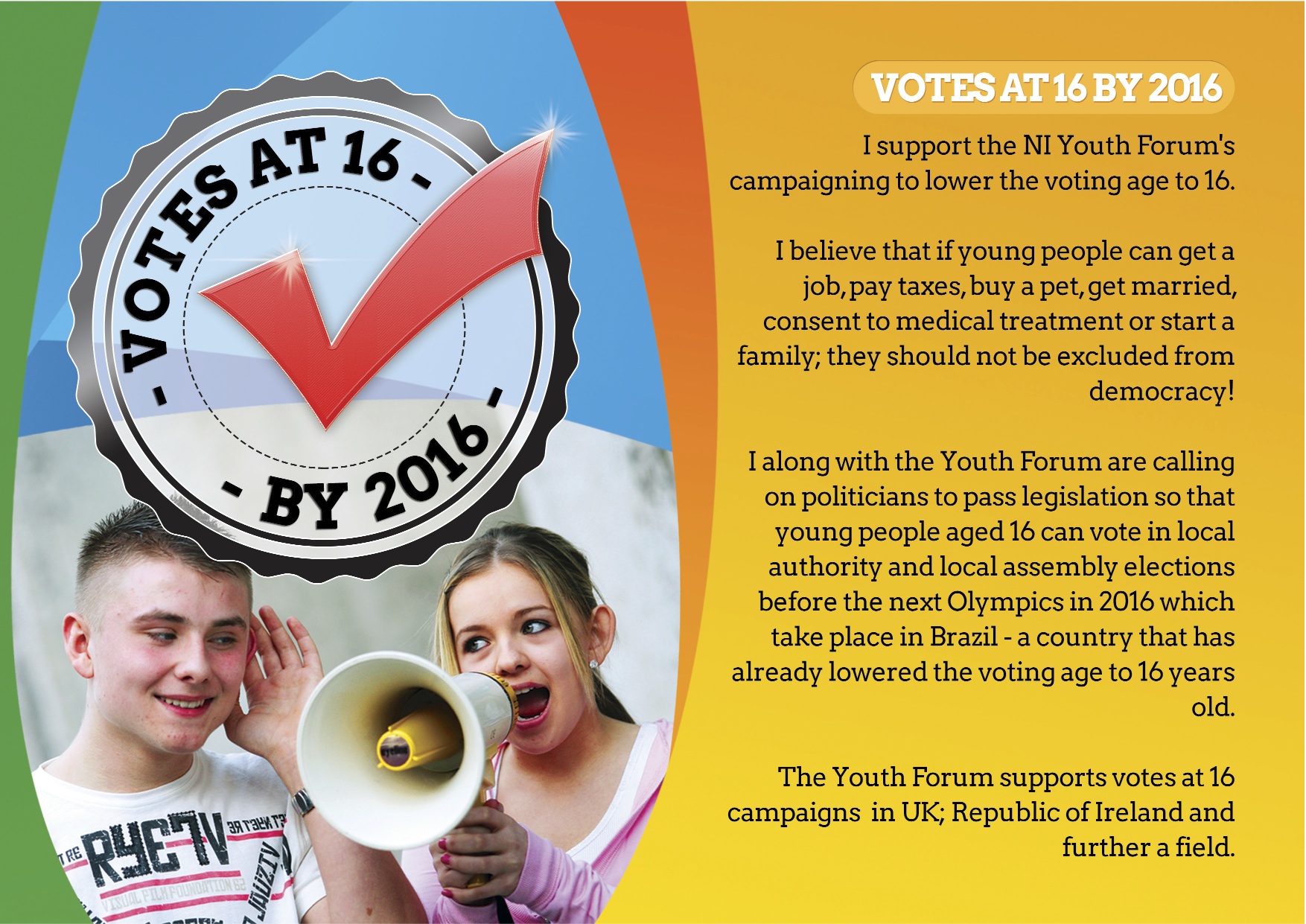 The NI Youth Forum fully supports the motion calling for the lowering of the voting age to 16, as put forward for debate on Monday the 6th of October by Sinn Féin MLAs Megan Fearon, Chris Hazzard, Phil Flanagan, and Daithí McKay. Having campaigned on this issue for a number of years, and been instrumental in the first Assembly debate around Votes at 16, we are thrilled to see that politicians will again have the opportunity to affirm their support for this campaign.

Following the inspiring engagement shown by young people in Scotland during the independence referendum campaign, we at NIYF believe there is no better time to extend the right to vote to 16 and 17 year olds. 16 is the age at which many of our young people decide to leave school, allowing them to get a job and become tax payers. We believe that politicians cannot continue to ignore the injustice of taxation without representation for these young people. Time and time again through our work we are shown that 16 year olds can be engaged and thoughtful citizens – MLAs must take this chance to demonstrate their faith in our young people.

Having won the vote by a comfortable majority in the Assembly last time, we hope to repeat this success on Monday the 6th. We would encourage young people to get in contact with their local representatives and encourage them to support the motion. Another vote in favour at the Assembly will only strengthen the case for Westminster to finally bring forward legislation allowing for this historic extension of the franchise.

Member of Youth Parliament for East Belfast Beth McDade added “Nelson Mandela once said “the real makers of history are the ordinary men and women of our country”. To make history, we must take the initiative to act now and be the generation who extended democracy to all those who desired it. Just 100 years ago, women did not have the vote because it was feared they would be distracted from their household duties. In 100 more years, I don’t want us to look back and say the same of 16 and 17 year olds who our society labelled as “immature” or “uninterested”. It’s time that we, the young adults of our society were given a say. It’s time the vote was ours to exercise.”