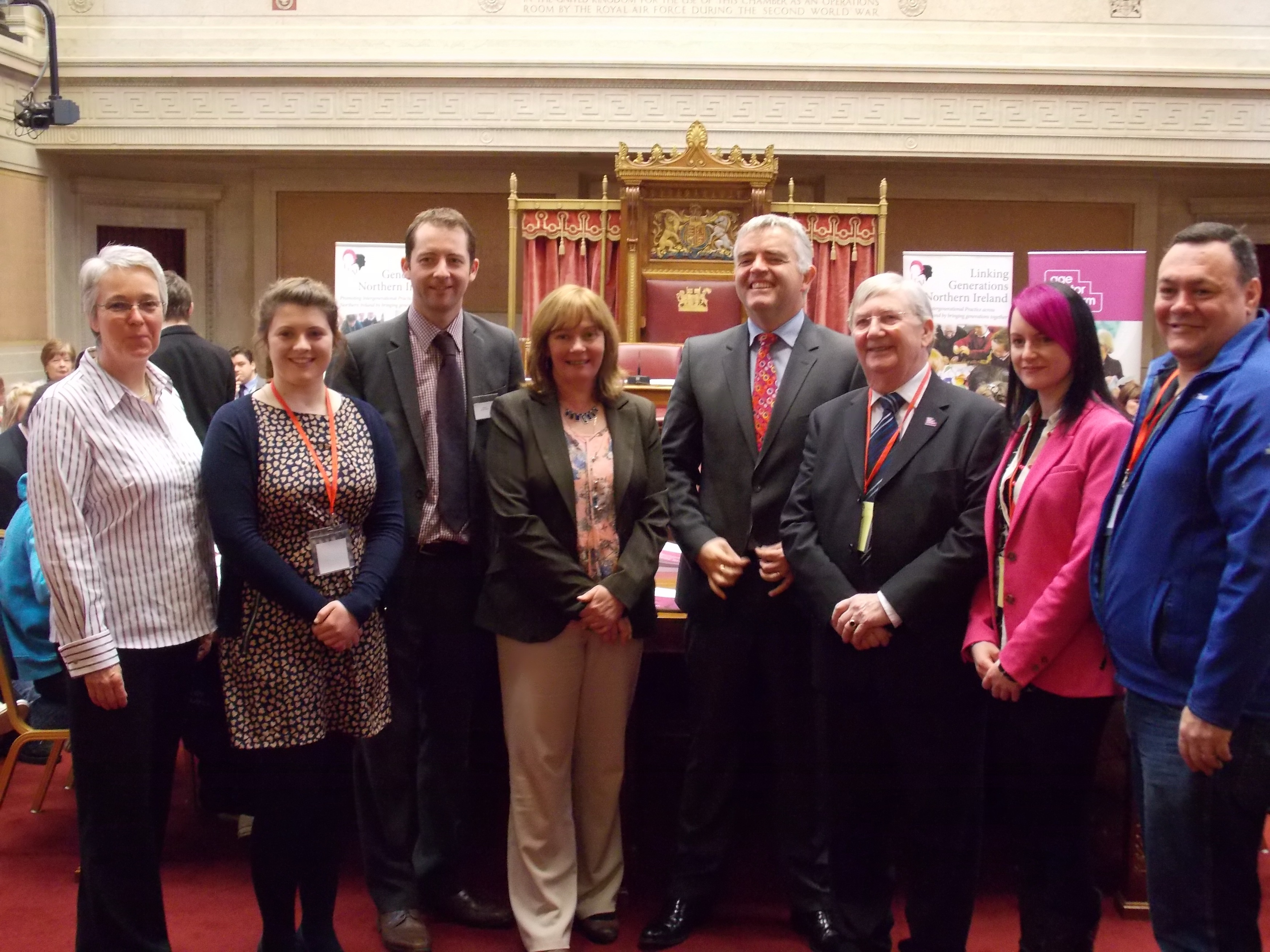 Delegates to the ‘Have Your Say’ Conference at Stormont agreed to establish closer links to create a powerful voice for change in Northern Ireland.

The event, involving members of the Northern Ireland Youth Forum (NIYF) and Age Sector Platform (ASP), was hosted by Linking Generations Northern Ireland (LGNI) – a charity set up to promote links across the generations. LGNI Manager Vicki Titterington said the conference had greatly advanced the movement for closer intergenerational co-operation:

“We now have a clearer idea of how to move forward on joint initiatives to increase understanding and influence government policies in areas that affect the older and younger generations.”

Director of NIYF, Chris Quinn said that representatives from both groups would now work together to draw up a programme demanding social change.

“There are a lot of areas where younger and older people are treated differently from the rest of society.This conference has shown that both generations have a positive role to play in the civic life of Northern Ireland and should be valued.”

“Everyone involved today had an opportunity to make their views heard. At the end of the conference each delegate completed a survey, which has helped clarify the key areas that we will bring forward to our political representatives.”

The conference, which took place on the European Day of Solidarity Between Generations, was opened by Megan Fearon, the Northern Ireland’s youngest MLA, along with co-sponsors Mickey Bradley and Basil McCrea. Junior Ministers, Jonathan Bell and Jennifer McCann jointly launched a new LGNI publication, ‘The Story so Far’, which highlights on-going work on Mental Health, Safer, Shared and Confident Communities and Ageism. The conference concluded with voting on priorities for moving this work forward.