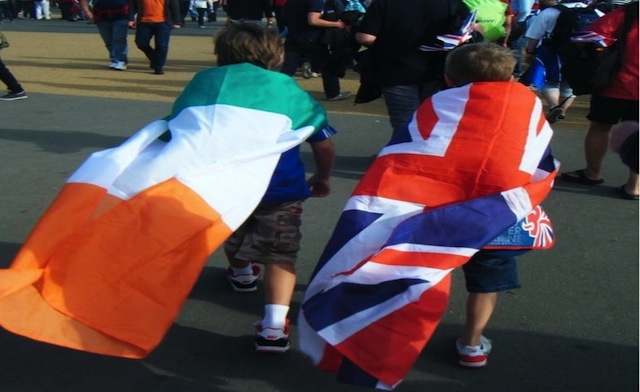 Chairman of the Northern Ireland youth Forum, Martin McAuley, has condemned violence currently spreading across the region. Speaking after disturbances in Carrickfergus, Ballymena and Belfast he said:

“I understand the depth of feeling in response to the Belfast City council decision on the Union flag. Symbols remain a hugely divisive issue and one of the biggest barriers to achieving a truly shared future. However, the current scenes on our streets are completely unacceptable. We live in a democratic society where political frustration can be conveyed through the ballot box, not through threats, intimidation and violence. “

“It has been 14 years since the Good Friday agreement. 14 years since we stood up, together, and decided that we’d had enough of the violence, that we were choosing a path of peace that would lead to a better life for our children and young people. What example are we now setting for them? That it’s alright to attack the police, to burn our neighbours cars, and to paralyse local businesses in the name of a symbol? Schools are closing early, youth workers are cancelling projects, shop owners are sending staff home- all because of the climate of fear that this violence has created. That is not the environment I want any young person to grow up in.”

“So much good has happened in the last 12 months- Belfast hosted the MTV EMA awards, we opened the new Titanic visitors centre, our athletes performed spectacularly at the Olympics and the G8 leaders confirmed that their next summit will be held in Fermanagh. We shouldn’t ruin this positive image of NI on the global stage with violent echoes of our past. “

“I would therefore call on those responsible to take a step back, to survey the damage that they’re doing to their own communities and to bring an end to all forms of violence. Furthermore, the threats against all public representatives should be removed immediately. Think of the society you want your children to grow up in, think of the people you want our young people to become- united by their similarities rather than divided by our differences. We cannot allow the hallmark of our past to define our present and taint our future.”

“We all must re-double our efforts to ensure that the benefits of a peaceful and prosperous society reach those working class areas that don’t feel that they’ve had their benefits of peace. We must ensure that we are all collectively engaged to ensure that all cultures, heritage and political views have their rightful place in the society of 2013”

The youth forum urges all those living near a protest to exercise caution and stay safe. We also urge all young people to resist the negative influence of those who would tempt them to take part in violent activities. We hope to see a relaxation in tensions over the coming days. As the young people in the above picture demonstrate, we can all be proud of our identities in a respectful, dignified and shared manner.