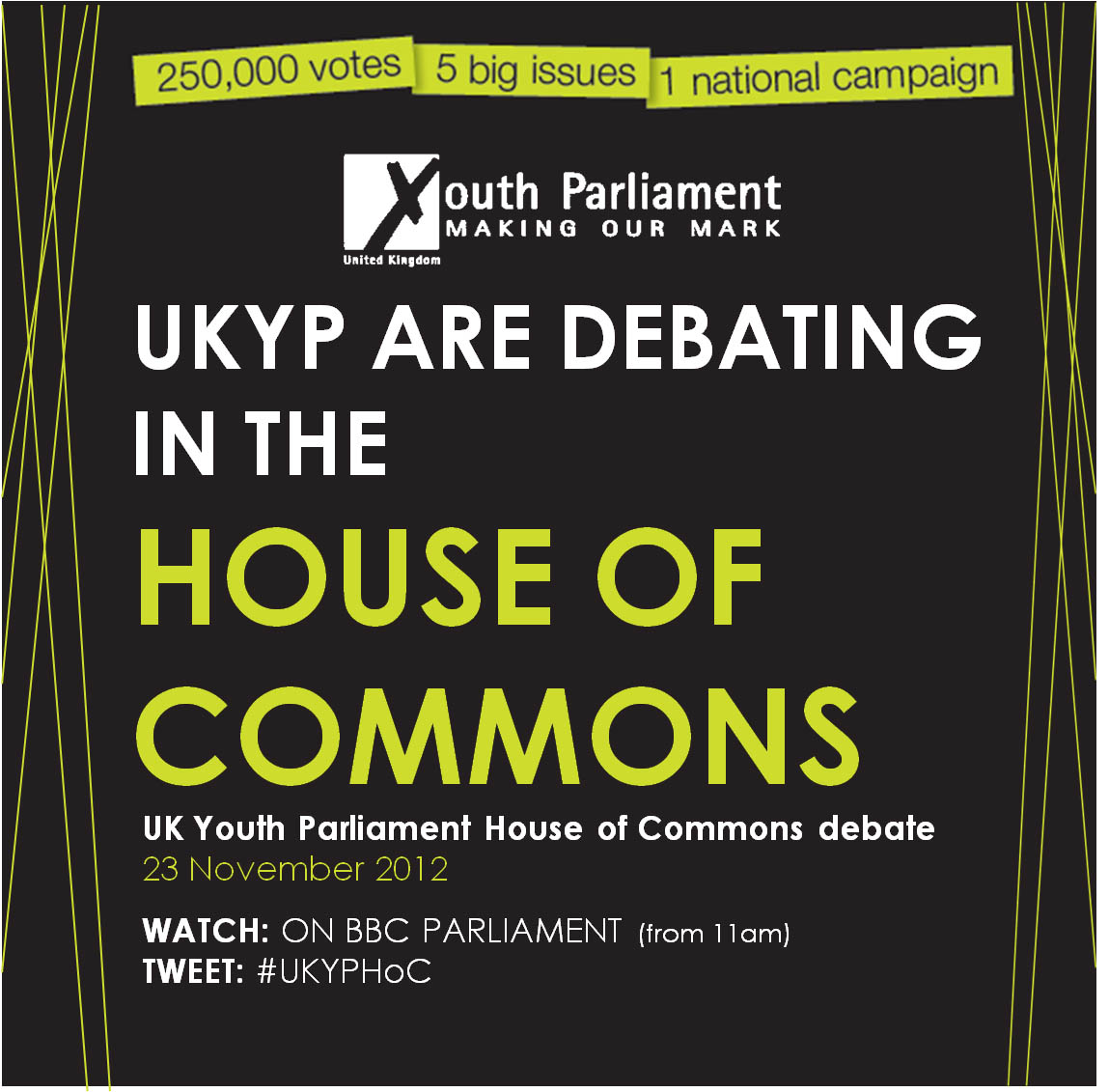 Members of the UK Youth parliament will be gathering in London tomorrow to debate the issues that matter most to them in the House of Commons at Westminster.  UKYP is currently the only group allowed to use the Commons chamber for debate apart from MPs.  Among them will be members of NIYF who have been elected to represent their peers at a UK-wide level.

Northern Ireland MYP Jack McCann will be stepping up to the dispatch box to sum up on a debate about Equal Marriage. On the eve of the debate Jack said “This is a great opportunity to bring the issues that are important to young people to the heart of Westminster”.  Our 14 other MYPs will be in the chamber to contribute to debates on a number of issues which were highlighted as important by a survey of over 250,000 young people.

You can catch the debate on BBC Parliament from 11am!

Good luck to all the young people taking part!